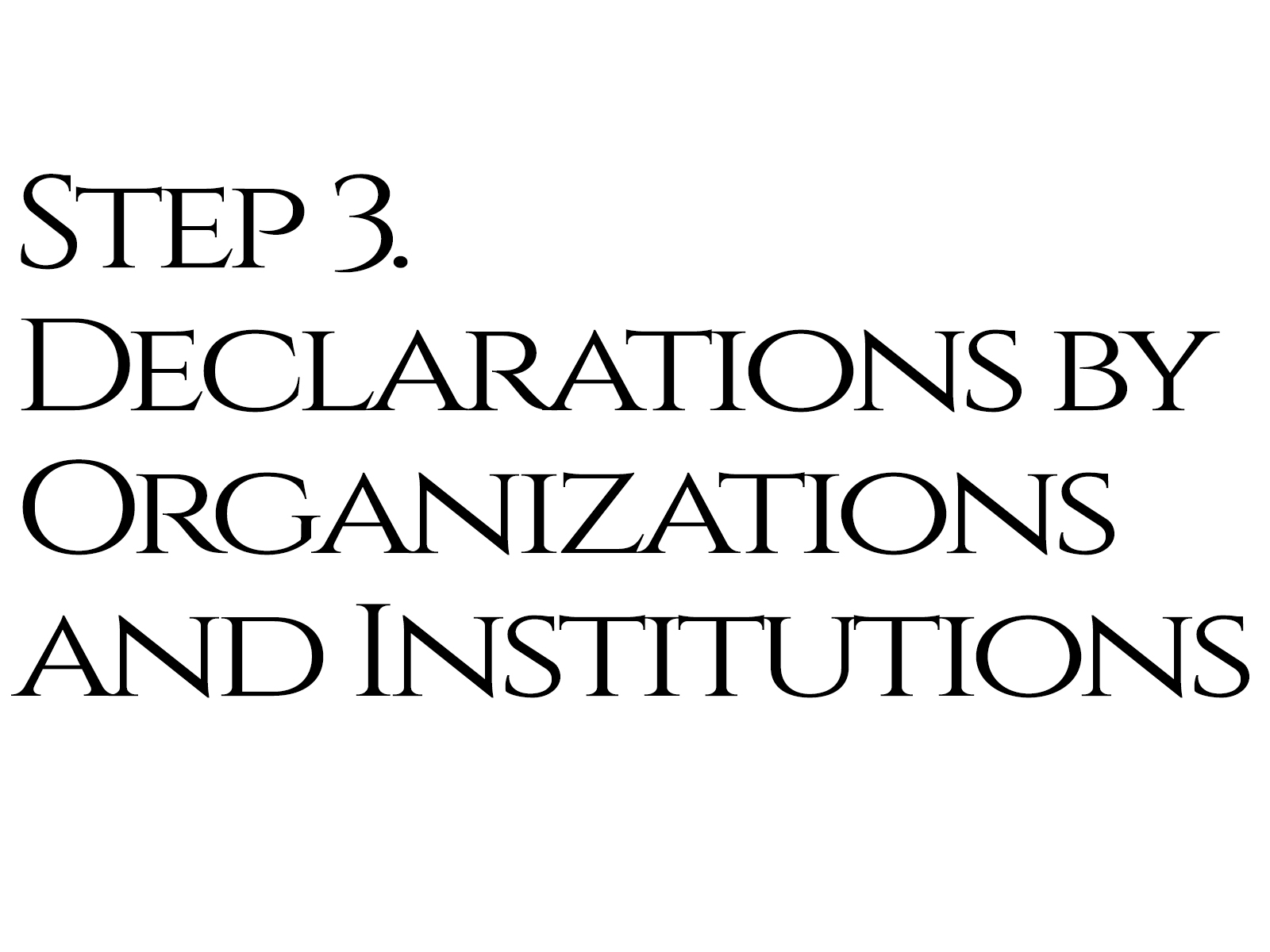 A few days ago, Martipants asked this question about my recent post:

“Why can we not share our fury and still protest non-violently?”

Martipants, I’m glad you asked – I’ve been wanting to dig into this.

We CAN and SHOULD be outraged, but as I keep reminding myself, it’s what we do with it. (To cut to the chase,* see below the handmaids photo.) For the past 2 years, I’m the person who shows up to a party and rants, which usually produces this kind of response. I’m a total buzz kill. However, when I ask friends if they’re willing to help get out the vote for midterms, the response is basically: “where and when?”

Here’s a phenomenal example on what to do with fury. Last week, when VP Mike Pence visited Philadelphia for a fundraising dinner, activist Samantha Goldman of RefuseFascism.org put the word out that they were recruiting 100 handmaids to organize attend a protest. As Sam wrote in The Philadelphia Inquirer:

One of the “handmaids,” Michele, said to me, “I protest for any person that feels that this administration is gunning to strip them of their rights and who live in fear as to what’s going to happen next … I will not just calm down. I will not avoid what’s going on just because it hasn’t impacted my privileges …. yet.” 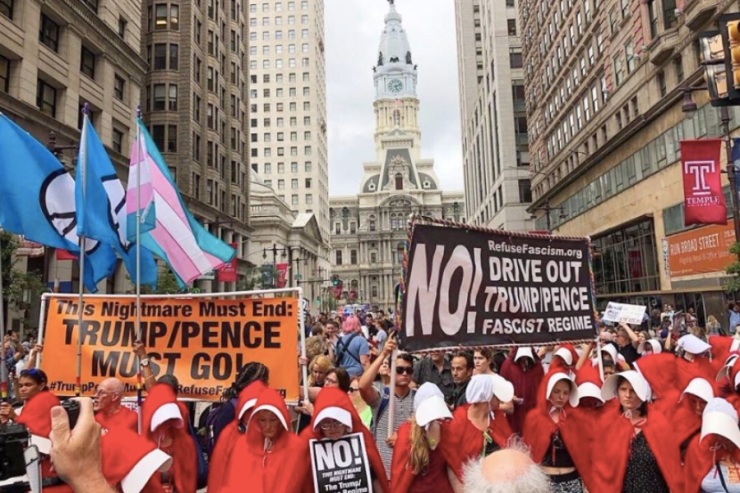 When applied quickly and consistently, this is the kind of nonviolent action that takes down regimes, and history is on our side. The point * is that whenever possible, our outrage needs to be fueled, because over time, it has the psychological effect of weakening our resolve – and that’s when the members of a regime often choose to act. As UC Berkley Professor Robert Reich reminds us,

“Keep your message positive. They want the country to be angry and fearful because this is the soil from which their darkest policies grow. No more helpless or hopeless talk.”

Step 3: Declarations by Organizations and Institutions

Step 3 of Gene Sharp’s blueprint for removing a dictator is listed as one of six formal actions. The American Psychological Association (APA) and American Psychiatric Organizations have been leading examples of how to use your organizational power for good. The APAs have released statements on everything from Post-Election Stress Disorder to the GOP Administration’s position on Standing Rock or the attempt to enact a transgender military ban to the separation of immigrant families at the border to gun violence:

erring to attacks such as the massacre at a Texas church on Sunday a mental health problem, opining, “Calling this shooting a ‘mental health problem’ distracts our nation’s leaders from developing policies and legislation that would focus on preventing gun violence through a scientific, public health approach.”

SHORT GAME: Set aside 10 minutes to research some of the organizations you’re invested in, and learn more about their positions on current GOP Administration policies. Focus on the causes that matter most to you. (You might remember when a “rogue” National Park Service employee had something to say about climate change.)

LONG GAME: If you think your favorite organization could be stronger on specific policies, send a letter and let them know. If it applies, remind them that you’re a longtime supporter/donor and how these policies impact your life. If you’re up to it, you can even stop by their local offices and ask to speak to someone directly. This is the kind of nonviolent action that really makes an impact.

If you think your favorite organization is doing a great job, tweet it out, write them a letter, or send a donation with a thank you letter.

2 Replies to “Method 3: Declarations by Organizations and Institutions”