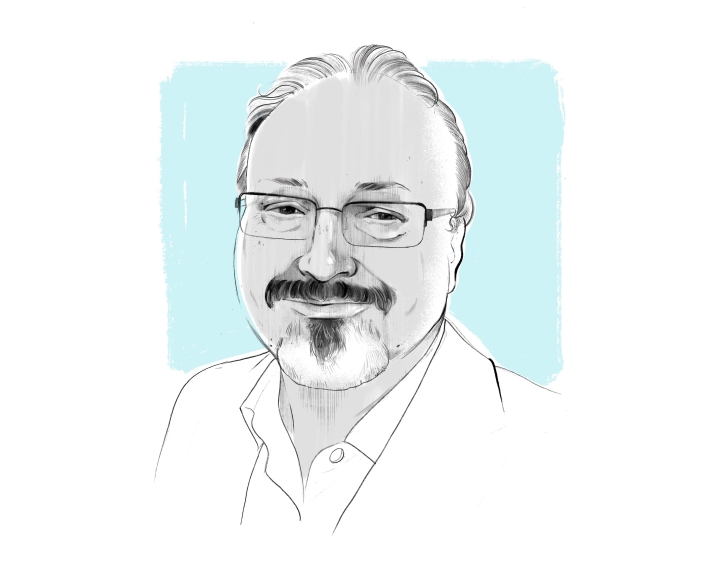 Before I move on to Method 10 in From Dictatorship to Democracy, a quick note of thanks to reader Audrey Ling for sharing my post I’m Part of the 3.5% with the Green County Democratic Party newsletter in Ohio. Audrey and others of you have written to me to share about the grassroots work you’re doing around the country. I’m about to head over to my local weekly postcard writing event, and if you’re looking for a way to help get out the vote on November 6, Postcards to Voters is a great resource. To date, 20,000+ volunteers in every state have written more than 3 million postcards to voters in over 100+ key, close elections. 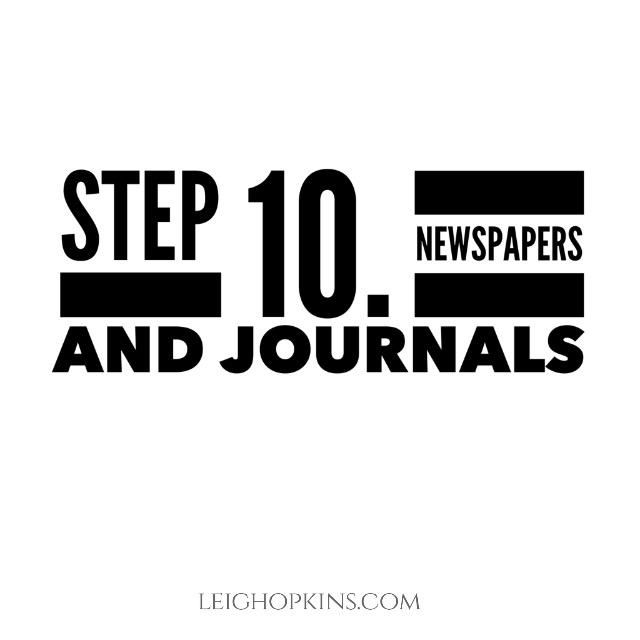 Step 10 in my ongoing project is one of the most critical steps in maintaining a healthy democracy, and in the Trump Administration, it’s been the most widely attacked. (Can you hear “fake news” without cringing?) Media shape how we interpret and observe political information, and because citizens play a crucial role in the political process in democracy, one our access to information is cut off, it impairs our ability to make educated political choices.

Two weeks ago, FRESH AIR’s Terry Gross interviewed Pulitzer Prize winning journalist Greg Miller about his coverage of the Trump Administration, and it the interview is absolutely chilling. For almost two years, President Trump has denied Russia interfered in our election in spite of the evidence presented by American intelligence agencies and journalists. Washington Post reporter Greg Miller has broken stories that have revealed new information to the public about that interference and about connections between the Trump campaign, and in this interview, he talks about receiving death threats and being trolled as a result of his commitment to report the truth. 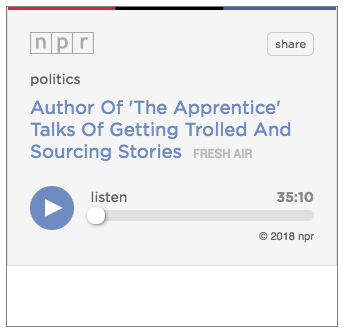 source: Author Of ‘The Apprentice’ Talks Of Getting Trolled And Sourcing Stories

For more than two weeks, the world has been watching the story of missing Saudi journalist Jamal Khashoggi. As I write, Turkish investigators wearing hazmat suits are searching the Saudi consul general’s residence in Istanbul. Khashoggi, a Washington Post columnist, visited the Saudi consulate in Istanbul on October 2 to obtain papers that would have allowed him to marry his Turkish fiancée. The insider-turned-critic of the Saudi government has not been seen since. Turkish officials have told CNN that Khashoggi’s body was dismembered after he was killed in the consulate.

Jamal Khashoggi wrote this OpEd two weeks before his disappearance.

All the words I can think of to write today come up empty. If you want to do something, listen to the interview with WaPo Greg Miller about what he faces in this country, and consider writing a thank you letter to The Washington Post thanking them for their service. As Greg shared, they read their mail, and their commitment to keeping all of us informed about the truth is what keeps them doing what they’re doing.

I received this column from Jamal Khashoggi’s translator and assistant the day after Jamal was reported missing in Istanbul. The Post held off publishing it because we hoped Jamal would come back to us so that he and I could edit it together. Now I have to accept: That is not going to happen. This is the last piece of his I will edit for The Post. This column perfectly captures his commitment and passion for freedom in the Arab world. A freedom he apparently gave his life for. I will be forever grateful he chose The Post as his final journalistic home one year ago and gave us the chance to work together.

Source: “Jamal Khashoggi: What the Arab world needs most is free expression.”

Congress shall make no law respecting an establishment of religion, or prohibiting the free exercise thereof; or abridging the freedom of speech, or of the press; or the right of the people peaceably to assemble, and to petition the Government for a redress of grievances. – The First Amendment