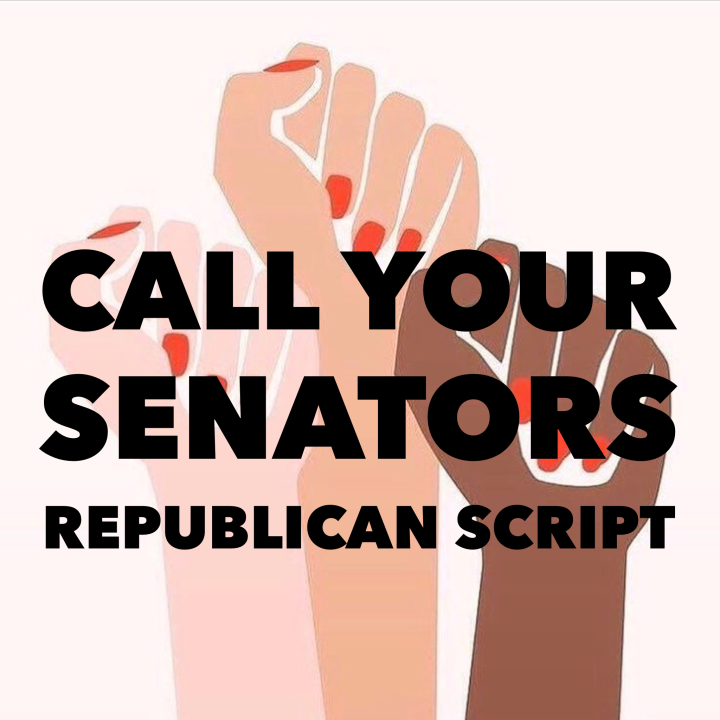 It’s time to mobilize. Need to Impeach is circulating a script for calling your Senator to oppose Kavanaugh’s Supreme Court Confirmation, but if you live in a swing state like I do, the script isn’t much help when you’re talking to a Republican Senate office.

Here’s what I plan to say when I call the Republican Senator in my state – and you can say when you call:

Brett Kavanaugh’s appearance on September 27 made it clear that he doesn’t have the temperament required of a Supreme Court Judge. As a voter in [your state], I found Dr. Blasey Ford’s testimony to be convincing and credible, and I am in support of an FBI investigation.

However, whatever the results of the FBI investigation may be, I believe that Kavanaugh perjured himself yesterday. Regardless of whether you believe Dr. Blasey Ford, he has shown himself to be a liar with no regard for the process or the laws.

In addition, I’m deeply troubled by Mr. Kavanaugh’s positions on the protections afforded to people with pre-existing conditions guaranteed by the Affordable Care Act. He does not appear to be in favor of American Indian tribes’ rights, something that is important to me as a voter.

Not only this, Kavanaugh believes that sitting presidents should be exempt from criminal prosecution and investigation. If Senator [name] is in favor of this, as a concerned citizen, I will work to make sure that [he/she/they] will not serve another term as an elected official in my state.

Can I count on the Senator to vote NO against Brett Kavanaugh?

To make your call, click here to be connected with Need to Impeach, which offers a prompt that will connect you to your Senator’s office.

Is there anything you’d add to this script? Please leave it in the comments.

Step 5: Declarations of Indictment and Intention

While we’re at it, for all you 3.5 percenters, here’s Step 5 from the blueprint to impeach.

Eyes on the prize.